Don’t look for me in the Walter Isaacson biography. There are two reasons. Number one is that I’m probably not there. The other reason is that I might be and Steve had a sharp tongue.

When I accepted responsibility for the introductory programming courses at Carnegie Mellon in 1979 I started looking for ways to make tricky concepts clear for students. That led me to look at Tim Titlebaum’s Cornell Synthesizer which really knocked me out. When I talked with my Department Head, Nico Habermann, about using Tim’s synthesizer Nico easily convinced me to build an environment using tools from his Gandalf project instead. I walked into Nico’s office expecting a conversation and I left with a project, a significant budget and an experienced graduate student. Such was the greatness of Computer Science at Carnegie Mellon. We built something pretty slick, the GNOME programming environments, but it was not half as

1st Mac 128 K-bytes of memory whether you need it or not.

slick as Steve’s first Mac. I immediately wanted to have GNOME running the single user Macs for each of my students and christen it MacGNOME.. Today this is obvious but back in the day it was heady stuff. As luck would have it Pat Crecine, CMU Vice President, had recently opened certain international markets to the Mac and was becoming Steve’s close friend. Pat and I took the afternoon PIT – SFO fight to California, drank way too much Anchor Steam Beer and met Steve in the morning. Pat pitched Steve, we met Bill Campbell (now Chairman at Intuit) and left Cupertino that afternoon with a check for $100K (which back in those days was $100K) to get started. I bet on bright undergraduates. Rob Chandhok, John Pane, Glenn Meter and a host of others, too numerous to mention, did not disappoint. There were numerous trips to Cupertino. In addition to Steve and Bill I got to know Bud Colligan and Bob Longo from the sales and marketing side as well as Wayne Rosing, Larry Tesler and Company from the technical side.

It was great fun and we got a lot of things done. The MacGNOME programming environments were good, really good. In fact if they were running on today’s computers you would like still like them. They were adopted for use in freshman programming classes pretty much everywhere – Harvard, Stanford, UCLA, Texas etc, etc totaling 100 or more universities.

One fine day I got call from Wayne or maybe his chief lieutenant. Wayne had just left Apple for Sun. Steve (remember this is about Steve Jobs) had come into Wayne’s research lab while Wayne was in Japan and stopped Wayne’s project without consultation or notice. Wayne hit the bricks. That was the beginning of the end of Steve at Apple first time around. This stuff most surely is in the biography, or it should be. Scully was in charge and Steve was kicked out. Interestingly I was kicked out of Apple too. I went from honored insider to persona non grata way fast. Barbara Bowen had to explain to me that I was closely linked with Pat Crecine who went onto the Board of Next along with Steve and Ross Perot.

Pat Crecine went out of his way to spend time with Steve and Pat confided in me (remember the Anchor Steam). Steve started Next and I found myself once again on an SFO bound plane with Pat. There were exactly 5 Next employees at the time, counting Steve. He was happy enough to see me and told me that be just purchased two things – his first porsche and a computer graphics company. I was really interested in riding in the porsche when I agreed to ride with Steve up to Marin County to see the company. I hoped to meet Alvy Ray Smith whom I considered to be perhaps the hottest graphics programmer in the world. Three or four of us went to Marin County so I didn’t get my porsche ride but I did meet Alvy Ray Smith. I think that was the day I met a young former Disney hand animator by the name of John Lasseter. Steve told the following joke in a moment of self-deprecation. “What is the difference between a porsche and a porcupine? With a porsche the pricks are on the inside.” Steve’s graphics company was, if you haven’t guessed, Pixar.

My group was friendly with Steve’s people and when John Lasseter’s Luxo Jr. received an Academy Award nomination for Best Animated Short Film you would have thought the prize had been won and that we did it ourselves. There were meetings and dinners and conversations but nothing that strikes me as significant. I declined an offer to head Next 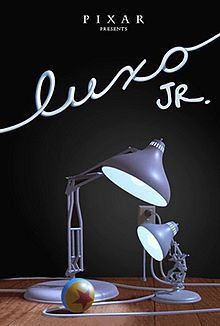 sales for some chunk of the US. I had never been in sales and thought I was not right for the position.

I knew Steve to be troubled and stunningly talented. Steve had impeccable taste. He built products that he wanted to use and I wanted them too. He looked for talent and when he found it he empowered it. He talked about getting people to buy into his dreams but he bought into theirs too. The insiders talked about the “genius – shithead” roller coaster and I saw a bit of it. Bob Longo, who knew Steve very well, always spoke well of Steve and clearly was sad that Steve was, at least in those days, hurting.

I wrote an email message to Steve about 18 months before his death. He answered within a few minutes, declining to hook me up with the Apple software development crowd. I wanted to sell them on Watts Humphrey’s Team Software Process. Oh well. My email wasn’t fair. I put “Pat Crecine protégé” as the subject line. If I had been thinking I wouldn’t have done it. Pat, who was very close to Steve, had died of cancer a year or two earlier. I just wasn’t thinking about Steve’s cancer. I am sorry.

I put Steve on my prayer list 6 months to a year before his death. The list isn’t particularly exclusive. There are over two hundred names on it and many of the names represent whole families. When I am making specific requests for everyone on the list the intercessory  prayer goes for on well over an hour. Usually I simply acknowledge everyone by name.  Steve and I never discussed religion. Whenever Pat and I talked about faith he described himself as a lapsed Catholic and changed the subject. Toward the end Pat came home to his roots. I am glad that he did. I hope Steve had roots in Christianity too and returned to them. Bob Longo would know. I am mighty glad that I knew Steve Jobs the little bit that I did. I think he got more than his money’s worth in the MacGNOME environments. I really love the Mac and the iPhone and Pixar and so much of Steve’s work. His work was a mix of genius, labor and love. I continue to pray for Steve and hope to see him in the here-after.

This entry was posted in Uncategorized. Bookmark the permalink.